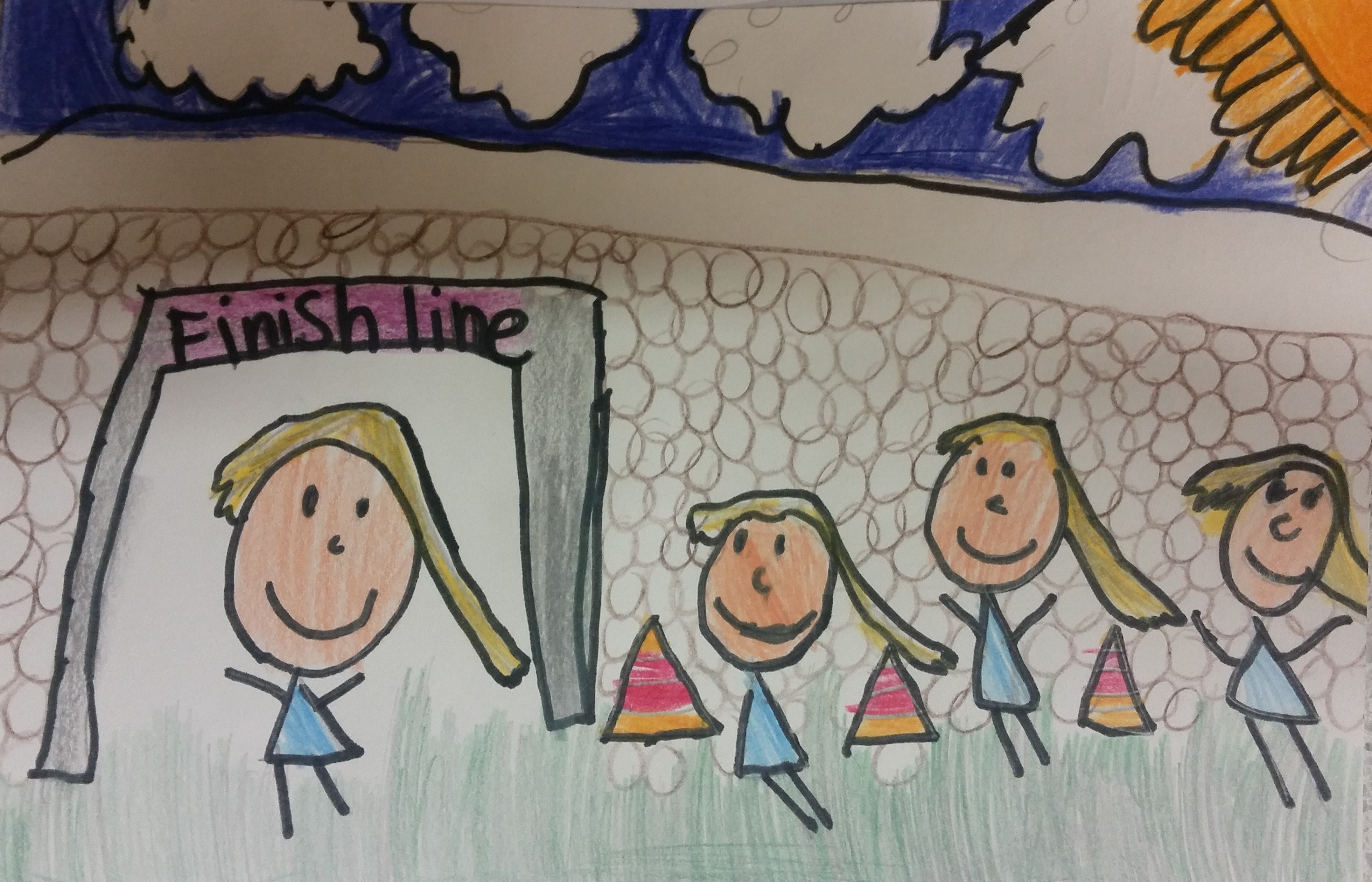 On Wednesday it was Cross Country for the Juniors. I felt excited. Sam bet me. I came 6th. It was cloudy, making it easier to run. Charlie

Today was Cross Country. I was nervous and excited. I won the medal and a certificate. I came second place in the 6 and 7 year old girls race. I was hot when I finished the race. I tried so hard and I won. Phoebe

Today I got to wear running clothes because……….it was Cross Country. First the 5 year old boys went. They did good. Next it was the 5 year old girls. They did good too. Then next was the 6 and 7 year old boys. They did really great. At last it was the 6 and 7 year old girls. I was so so so excited. So excited that I could scream so loud that the other side of the school could hear me. Then we did some warm ups and when the hooter went……….I passed some people on the path. The course was to go along the grass then the concrete past the seniors into the car park and by the playground and back. Maggie

We had to run. We need to run and run for the Cross Country. I felt exhausted in that race. Braden, Sam and Phoebe came first, second and third. We finished off the race and when we finished we all got a drink. Waqad

Today it was Cross Country and I was excited when I was with my friends running. Also when I was on the grass and I went past my Mum she cheered. Also I had fun. I felt good when she cheered. Maddy

Cross Country was amazing. Some people went to the finish line. I was scared at the end because I felt sick. Abby

Today was a big day because it was Cross Country. We bunched up like grapes and sat on the grass. The girls race was last. Then Braden, Sam and Alex won the boys race. Finally it was the girls race. I was so nervous because I didn’t like running. The hooter tooted and then I came 4th place. My friend Phoebe was second. I was panting. “Yay!” My friend got a medal. Olivia 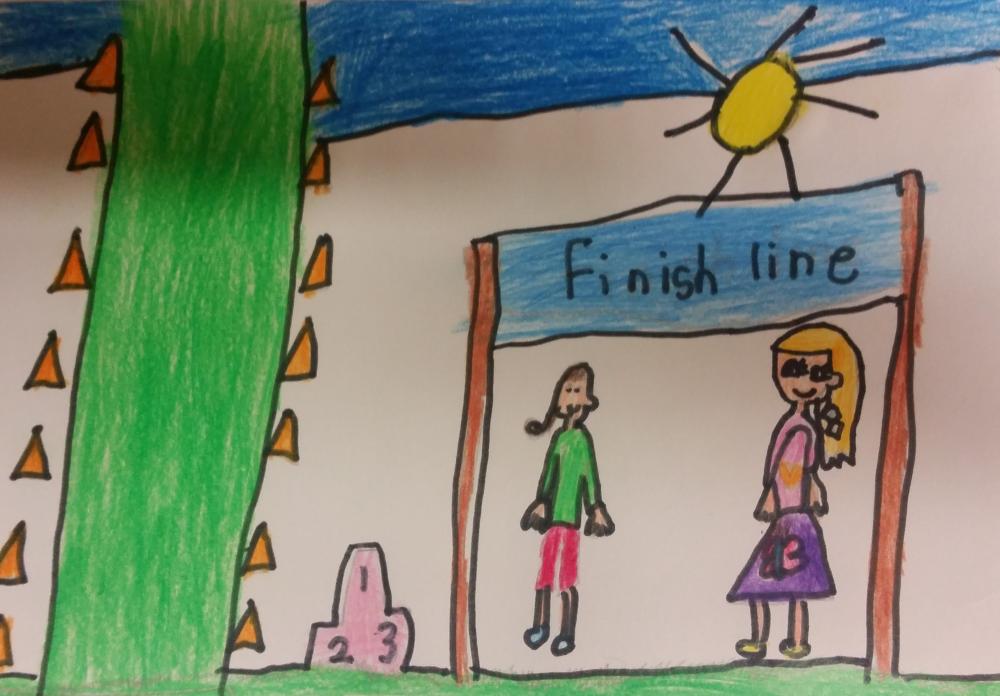 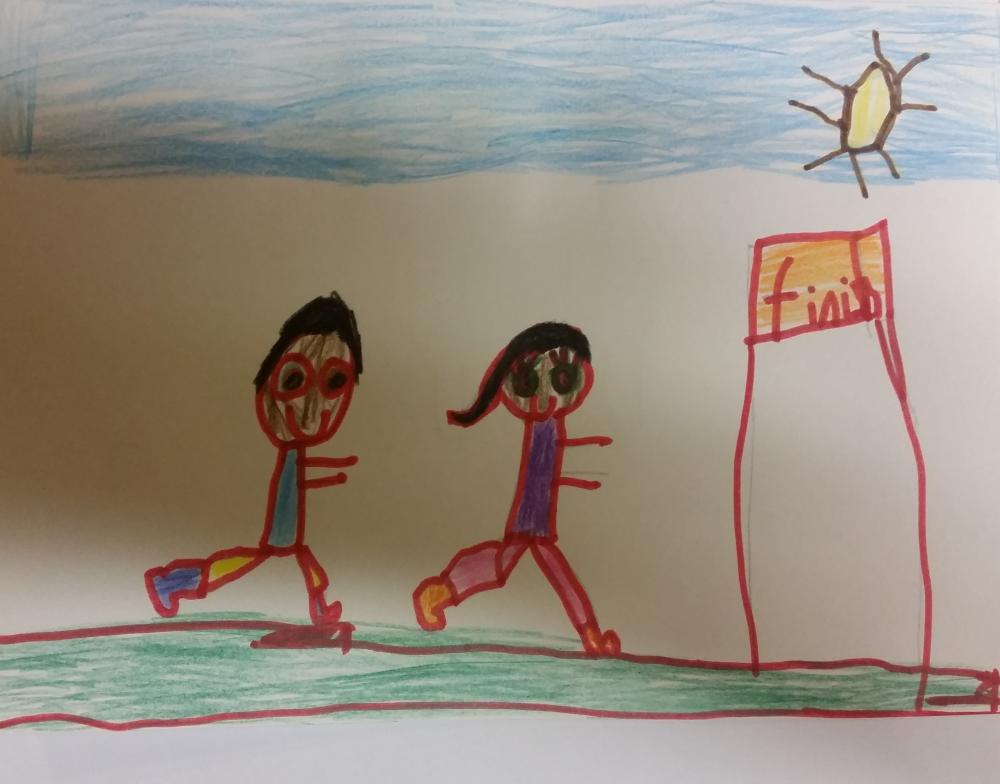