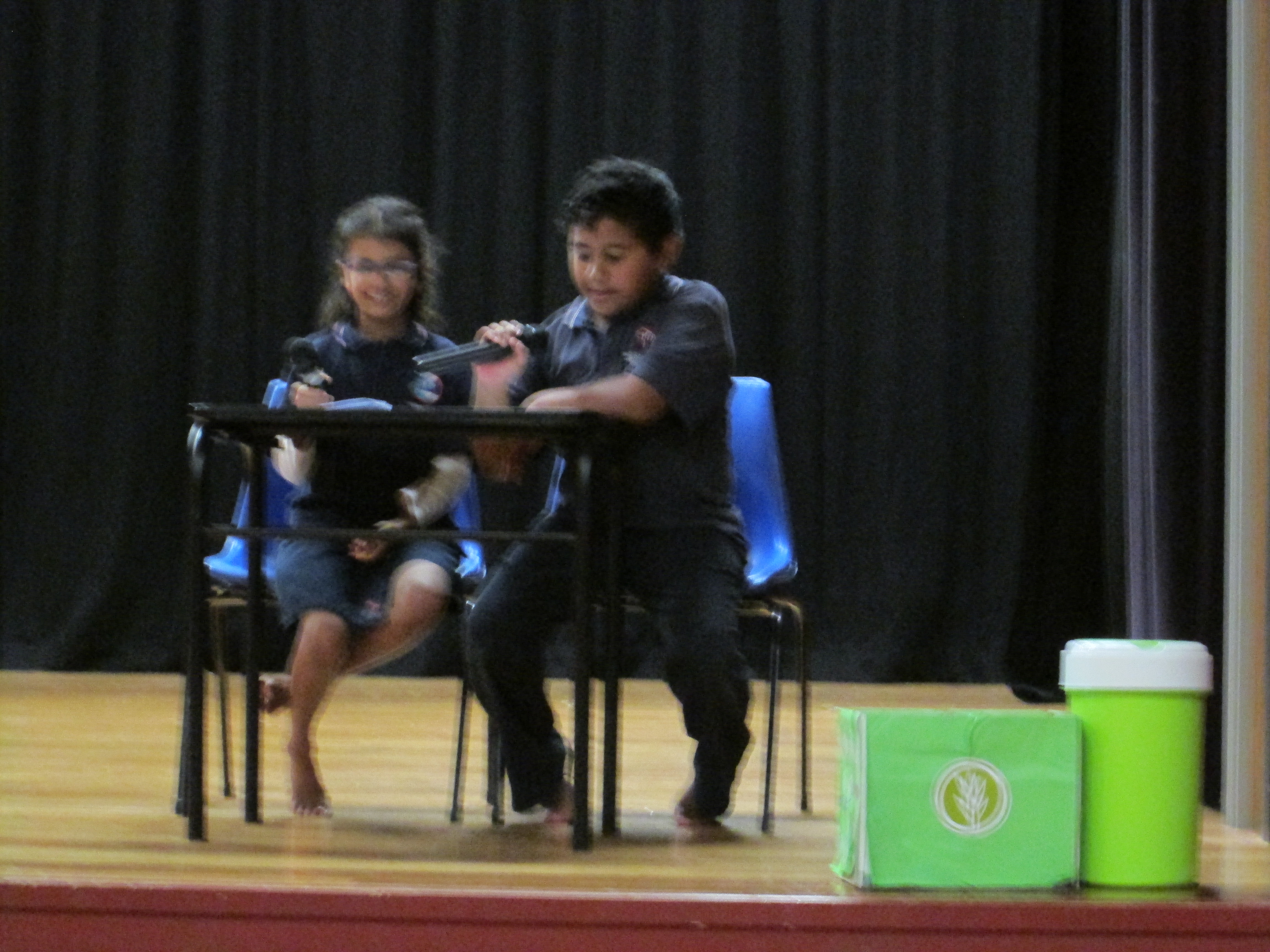 Monday 27th March Room 10 hosted a fabulous assembly in the PAC. Feeling nervous that I would muck up, I could feel the dirty black and white keys on the piano. Looking at my old piano books I played on without any major mistakes. The Assembly went surprisingly fast. No sooner were we walking out of the PAC. It really was a fabulous Assembly. By Rose

At assembly Room 10 hosted on the P.A.C stage on March 27th Monday 2pm, Week 9. I was up on about to read my group’s poem in front of everybody, not nervous but I was a little bored, ok I was very bored but it wasn’t my fault. With lots and lots of people watching me I wasn’t nervous like all those other stage-fright kids I just couldn’t wait till it was over (I mean I have to tell the truth). I feel like assembly is just another way to get out of class and believe me, it is not worth it. Anywho, I have to do this, I mean what else am I up here for? By:Nevaeh

I was super excited of my assembly, I was the person who read out the name posters part and acted out the poems.When it was my turn to read aloud,I scurried along the Edge of the seats and turned left near the stage, then me and Rose took turns to speak.We then waited for the other people, After then we finished there was an extremely loud applause, as I had to cover my ears,the presenters said that now we had to recite and act out our poem writing, My group was the first to recite the poem,And we made sure that we did not make any mistakes.It was a huge success! The audience roared with laughter and clapped loudly,we did a great job. By Abigail & Ana.

27th of March 2017, Monday Week 9. Room 10 were hosting an assembly. When I was on stage I was reading a poem where Adiyb and Aakarsh were standing beside me doing the actions of the poem while I was reading. I looked above the white piece of paper and saw hundreds and thousands of eyes staring at me. It was scary but I knew I could do it. And I did it! I was very nervous at first but when it was all over I was very proud of myself. by Lana

Rm 10 hosted the assembly at the PAC on Monday 27th March. When it was my group’s turn I felt blankly febrile, there were hundreds of eyes looking at me. I heard nothing it was just silence, but....I just did it! in the end I felt awesome! By Adyib

On Monday Room 10 organised an assembly because we wanted to present our seek strive and soar poems in the pac. In the middle of our assembly we read our seek strive and soar poems. I was scared and nervous because i was afraid that i would mess up big time. In the end me and Room 10 mad a wonderful act in the end.And we all of us listened to some nice music. By Anthony

On Monday 27th march 2017 2pm Rm10 did an assembly. When it was my turn and i needed to do my karate . I was febrile. I Quietly went up on stage, and waited for Sean to get his guitar. Then it was time to do my karate . I quietly did my karate while Sean did his song. Sean’s song sounded like a karate song then we finished. I was so glad That it was over, and I did it. By Rory

When it was my turn to do the four in a row, I quietly tip toed over to the two desks and I felt nervously excited and I set my cups up in position and did not fail until I stacked one set down. Then one cup slipped and I quickly ran and got it and Adrian ran off and on like he was throwing a tantrum. I felt so scared when the cup slipped and I rolled up the mat and walked down the stairs and my mum was smiling and I felt impressed with myself. By Raymond

On Monday at 2:00 pm, week 9 room 10 hosted an assembly in the PAC for our first time this term. It was fabulous.When Austin and me stood up to do the actions while Sean was reading our strive poems that we wrote. When we stood up I felt febrile but I still did it. In the end I ended up having lots of fun I was happy and proud of myself. I had a great time. By Izabelle 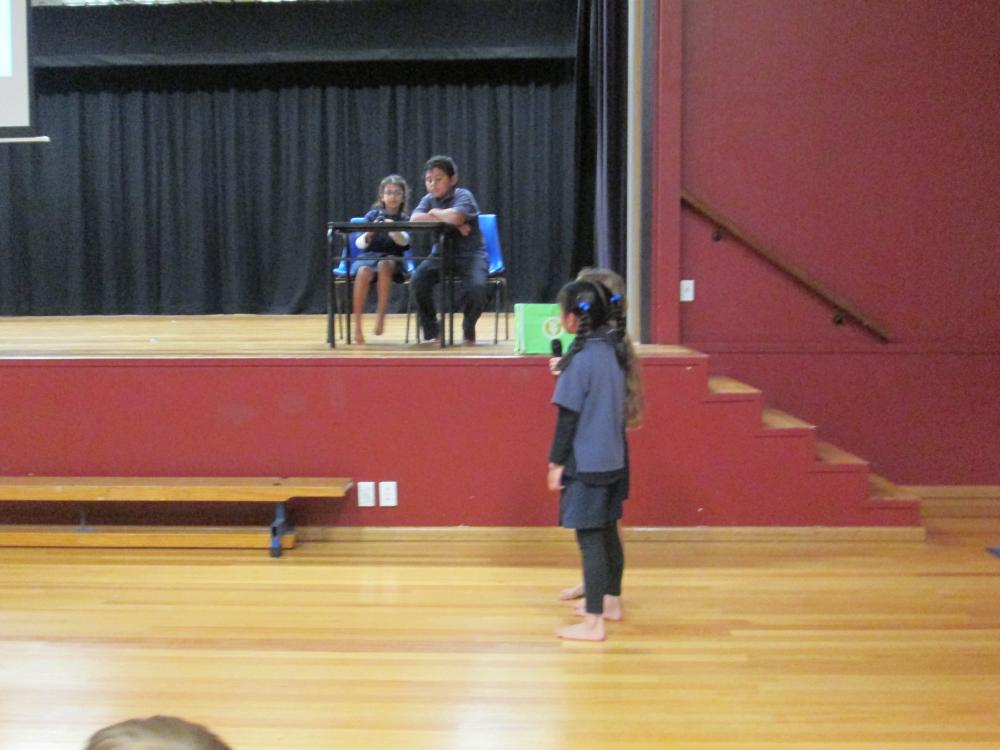 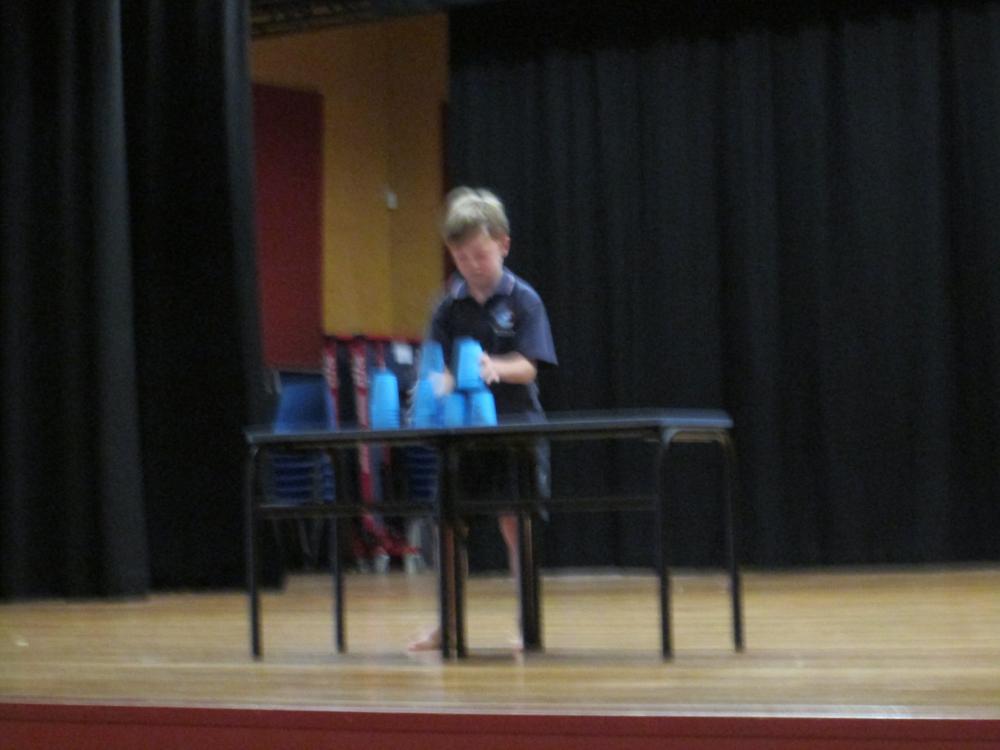 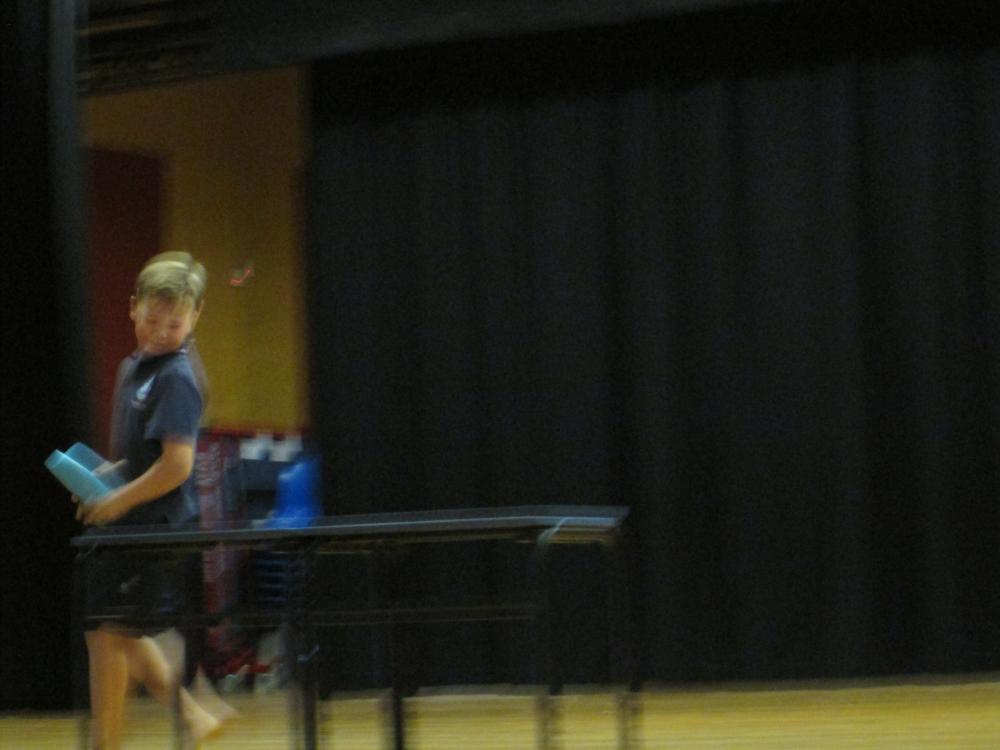 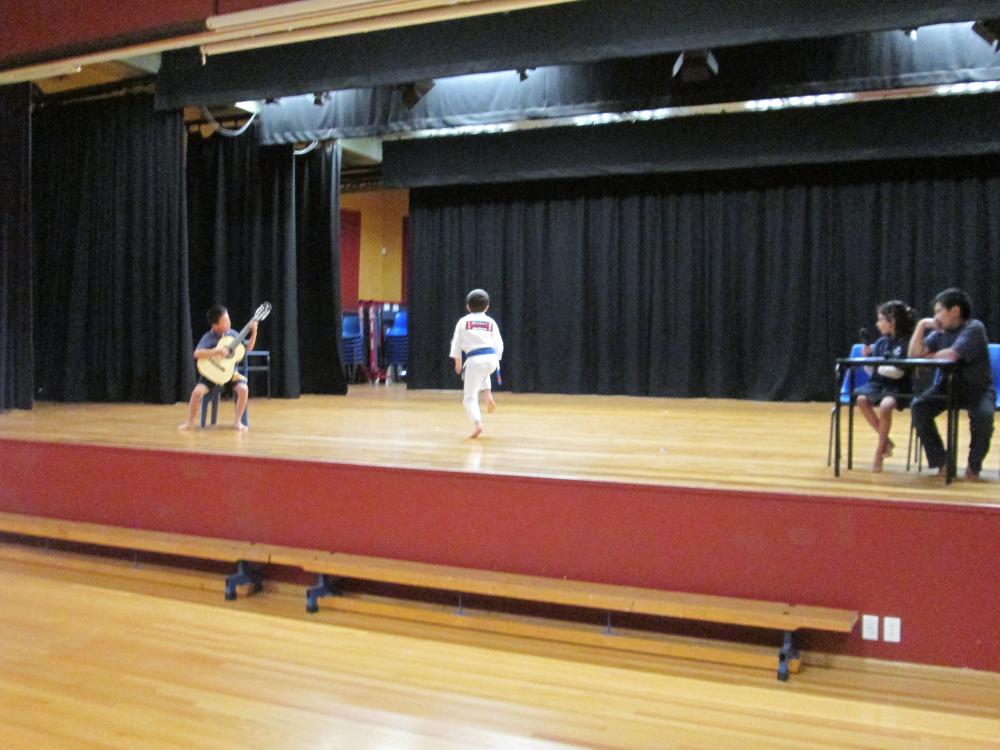 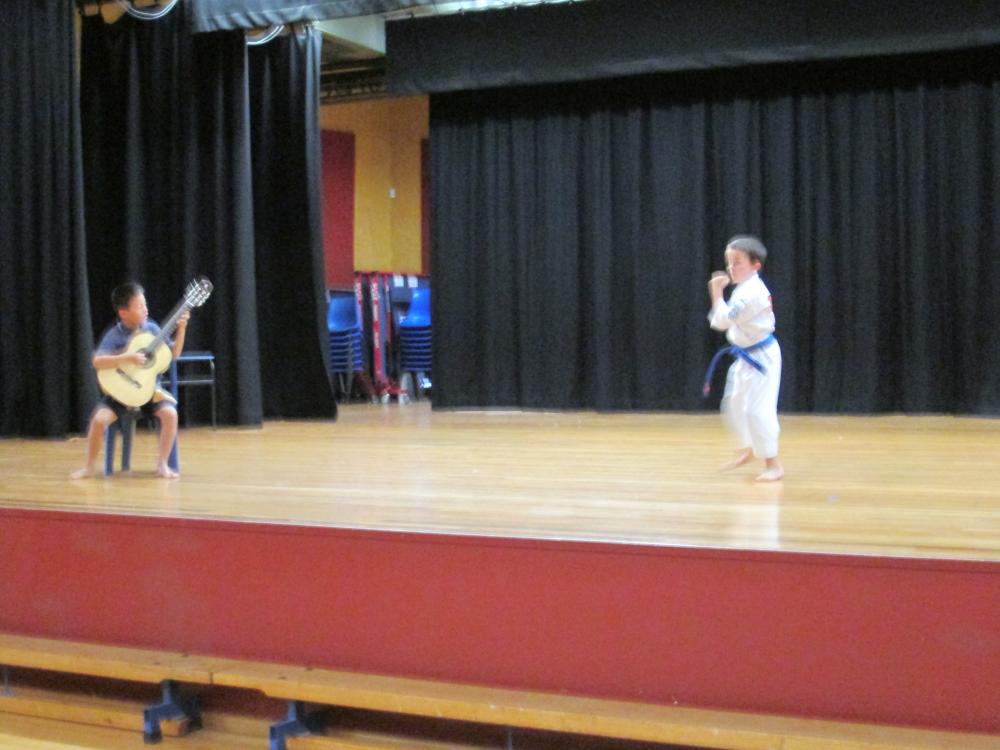 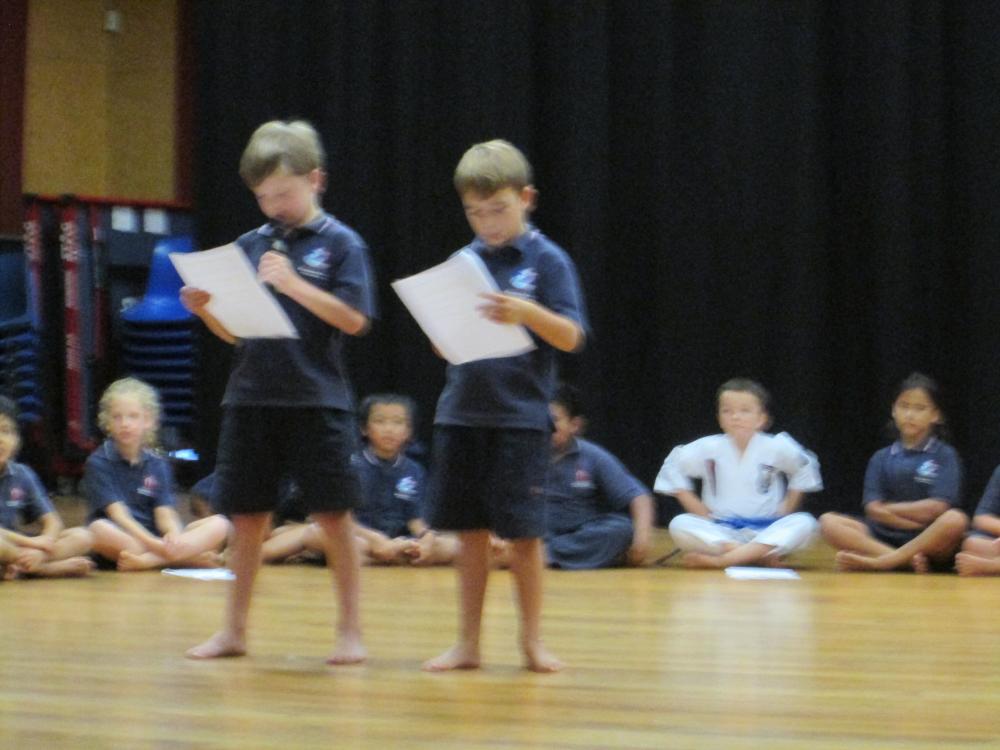